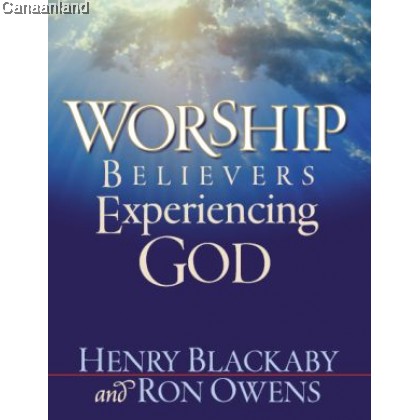 Description
Worship: Believers Experiencing God is an invaluable resource for pastors, ministers of music, and worship-team members, especially when questions arise over different worship styles. \All believers can benefit from learning what it is about worship that really matters to God. Designed for study either individually or in a small group, this resource can help guide your church to remember the true and proper focus of worship.

Henry Blackaby has spent his life in ministry. He has served as a music director, Christian-education director, and senior pastor in churches in California and Canada; his first church assignment was in 1958. Following his local-church ministry, Dr. Blackaby became a Bible-college president, a missionary, and an executive in the Southern Baptist Convention. In the early 1990s Henry Blackaby became one of North America’s best-selling Christian authors and committed the rest of his life to helping people know and experience God.

Ron Owens has ministered through music in many areas of the world—composing, publishing, and recording—and his music has been translated into many languages. His focus includes preaching and teaching on the subjects of worship and revival, as well as ministry through music and composition. In recent years his overseas work has focused primarily on Russia, where he has helped direct the training of worship leaders and musicians for the churches of Eastern Europe. Many of his songs are being used in the former Soviet Union to share the gospel.
Reviews (0)
view all
back
0
0 reviews
Tags: MINISTRY BSTUD LIFEW WEB
Brands
Categories