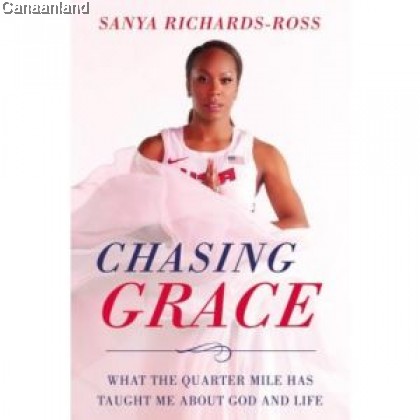 Description
Most people equate success with having more, but Sanya’s quest was always for less. She started running track as a little girl in Jamaica and began competing when she was only seven. At 31 she’s had a career’s worth of conditioning to run a 400-meter race in 50 seconds, hopefully 49, or even better, 48. When she started training with her coach, Clyde Hart, they divided her race into four phases: push, pace, position, poise, and with the inherent prayer. For years Sanya worked to hone every phase in practice so that when it came time to race, her body would respond as her mind instinctively transitioned from one phase to the next. As she got older and embraced a life that measures more than just a number on the time clock, she has realized the genius of this strategy for not just racing the 400 meters, but for living her best life.\Sanya shares triumphant as well as heartbreaking stories as she reveals her journey to becoming a world-class runner. From her childhood in Jamaica to Athens, Beijing and London Olympics, readers will find themselves inspired by the unique insights she’s gained through her victories and losses, including her devastating injury during the 2016 Olympic Trials forcing career retirement just weeks before Rio. Sanya demonstrates how even this devastating loss brought her closer to the ultimate goal of becoming all God created her to be. "Sometimes you think you are chasing a gold medal, but that’s not what you are chasing. You’re racing to become the best version of yourself.”\Author: Sanya Richards-Ross is a Jamaican-American track and field athlete who competes internationally for the United States. She is the fastest American woman in history at 400 meters and the winner of multiple Olympic gold medals. Off the track, Sanya is an entrepreneur, TV personality, public speaker, and humanitarian. She designs and executes sports clinics across the United States to educate, empower, and teach youth with tools and strategies to excel both on and off the track. Sanya is married to two-time Super Bowl champion Aaron Ross and they live in Austin, TX.\Sanya Richards-Ross
Reviews (0)
view all
back
0
0 reviews
Tags: BOOKS BBIOG ZONDE WEB
Brands
Categories