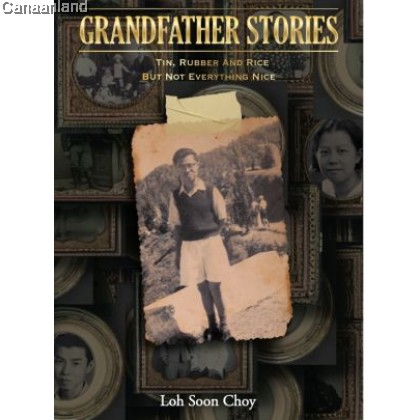 RM20.00
Grandfather Stories: Tin, Rubber and Rice but Not Everything Nice

Description
“Grandfather Stories” was written by Rev Loh over a period of two years or so while he underwent treatment for advanced staged metastatic prostate cancer. The idea for the book came from his wife of almost 50 years, Lydia, as a way to leave a record of himself for his two grandchildren who are living abroad and growing up in a different culture. Writing was also a way for him to focus on living while dealing with cancer. He wrote on pen and paper, and when he was given an iPad, he typed using one finger on the Notes app.
In his book, Rev Loh tries to recall as much as possible of his years as a boy in Japanese-occupied Malaya, in his hometown of Penang. He devotes chapters to key figures in his family - father, mother brothers and sisters - as he examines the complexity of family relationships and the weight of their impact on personal development. He retraces the path of his life-long ministry with the Church and seminary, including the decisions to turn down scholarship offers that would have otherwise taken him on a very different trajectory.
Rev Loh describes his life as a “tapestry of grace” whose designs are formed by the many threads of self, family, community, nationhood and even geo-politics beyond our control.
There is one thread, however, which he calls the “invisible thread of Grace”. Of this, he writes: “Not everyone wishes to acknowledge God but I believe that even before I knew God, He was already involved in my life, weaving his thread of grace through it.”
To his grandchildren and to anyone who reads his book, he invites them to recognise and acknowledge the divine thread that runs in each of our lives.
Rev Loh launched his book on Nov 24, 2019. He was called him to his Maker a year and two weeks later on Nov 11, 2020, just over a month after his 82nd birthday.
Author: Rev Loh Soon Choy
Reviews (0)
view all
back
0
0 reviews
Tags: BOOKS BBIOG LOCAL WEB
Categories