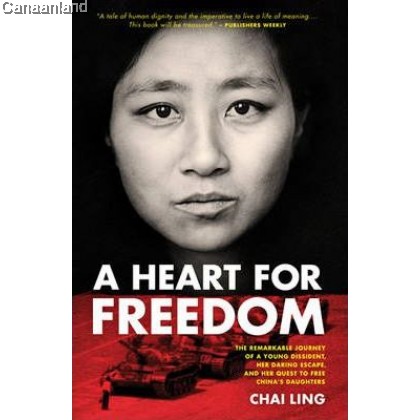 RM44.90
A Heart for Freedom: The Remarkable Journey of a Young Dissident, Her Daring Escape, and Her Quest

In the spring of 1989, Chai Ling―an idealistic college student in Beijing―found herself leading one of the greatest uprisings in history . . . until it turned into one of history’s most horrifying massacres.
Facing imprisonment and possible death at the hands of the Chinese authorities, Chai Ling went underground―eventually hiding in a cargo box for five days to escape to the United States. Though haunted by her past, Ling threw herself into pursuing the American dream, completing Ivy League degrees, finding love, and becoming a successful entrepreneur. Yet her longing for true freedom, purpose, and peace remained unfulfilled. Years after Tiananmen Square, she was still searching to find meaning in everything she’d endured.
A Heart for Freedom is an incredible true story of passion, political furor, and spiritual awakening . . . from a woman who has dedicated everything to giving people in China their chance at a future.
Find out why Publishers Weekly calls A Heart for Freedom “a tale of human dignity and the imperative to live a life of meaning. . . . This book will be treasured.”

The Smith Wigglesworth Prophecy and the Greatest Revival of All Time
RM52.90